Hi there. She is my mom and that was the first ever harvest work in her whole life. Absolutely she was very enthusiastic because we were actually not only harvesting chilies but also some chinese cabbage and cucumbers. Such a lot of food, right? 😊

My decision last month to wait the chilies getting red was not a good choice. It was hard to them to survive in the rainy season due to severe diseases caused by pathogen which rapidly spreads out. The possible causes were Fusarium sp. and Xanthomonas campestris. They suddenly withered just on two – three days whereas they looked good before, fresh and nothing happened. Then I checked their root to ensure the cause, and voila, I found rotten root in all of withered plants. Most possible cause was Xanthomonas.

Forget about the bad news for a while and let’s do the harvest! That was in my mind. I decided to harvest them when they were still green because when they get mature they were so susceptible to Anthracnose caused by Colletotrichum and Gloeosporium.

Second harvest should be more tahn the first. We just did the harvest in the morning and we got 49kg due to unharvested 2 beds, it was for personal consumption (my family, my sister’s family, my grand ma, my neighbour etc) by the way 😊. The price was not as good as the first harvest, only 7.500 rupiah/kg. Alhamdulillah.

From those and discussion with wholesaler, I learned something new about the market, about fluctuated price due to demand. As we know, the market likes red chilies more than the green. And the green price is always half of the reds even lower and lower.

After the harvest I cleaned up the field from died plants and all of rotten parts like rotten chilies. Sanitization is very important. And to reduce the humidity I tried to make the beds higher than before. Most likely, I will use the chemical fungicide to save them all consider to the economical threshold 😐

The reason why this article written in english is that I wanna learn english more not only from reading but also by writing. So, if many mistakes I made please correct me. If you are Indonesian (or other) and interested reading this article but uncomfortable with english, simply ‘copy paste’ this article into the google translate. Or translate this site via Chrome 😀

For the opening, growing plants organically is not as easy as the explained theory. So many factors act in the field. In my opinion, the most one is pest, followed by disease, water, weather and many more. But they are related each other. So, before organic practice, I decided to apply semi-organic farming and try to know what the real challenges in the field are. Remember, experience is the best teacher.

It is the first ever growing chili pepper by the way. Why should be chili? Just because they relatively have high price and demand, especially in the rainy season. I have been growing them in a small area with the population of ±300 plants, my plan was growing pepper with mustard greens. Although in a small area, hopefully I  will harvest more than one types of plant, and definetly optimize the space (intercropping). But in reality, my mustard seedling was ignored, only few of them was planted. I’m really sorry for that.

First of all, this is one of important things before planting. I have grass covered field (actually it’s not my field, but my grand ma’s) so that the soil tillage should be done. This was for making the soil phisically ready, free from grass or weeds, fixing the texture, aeration and drainage. And after that the organic fertilizer (I used goat manure) should be applied (and mixed) into the soil to supply the organic matter, small amount of macro & micro nutrients and act as buffer for soil chemical properties. Organic matter is strongly needed by microorganism to play their roles and keep the soil healthy.

My soil was raised ±15-20cm high, covered by silver plastic mulch because it was going to enter the rainy season. The mulch also can prevent the weeds spreading out from the soil bed, minimize the leaching, stabilize the soil temperature and humidity. I tried to not using chemical fertilizer when my soil was incubated for about ±2 months.

The planting day was held on December, 8th 2019. I used commercial seedling which have ±10-15cm tall. The breeder said, they were 45-60 days old (ready for transplanting) and suitable in the rainy season. Then I planted them in the hole with has 60×40 cm distance between others.

3. Watering and pulling out the weeds

Fortunately, it’s rainy season. I just once watering them when the day wasn’t raining for 4 days in a row. Weeds grows rapidly so I scheduled pulling them out in every 2 weeks.

Besides watering and clearing field from weeds, I plugged piece of bamboo in to the soil near the plant, then bound them with the raffia (not too tight). We just need the plant growing normally and not collapsed when the heavy rain is coming.

Principal reason why I did the pruning is that I should decrease the branch of shoot, leaving 3-4 branch, so that at the generative stage, the plant won’t use the nutrients for forming the new bud but focusing on the flowers and chilies. Actually we don’t really need dense leaves but productive branch with full of chilies.

At the vegetative stage, I used commercial NPK Mutiara 16-16-16 fertilizer while at generative stage is combined with Meroke MKP 0-52-34. I always  try to applied them based on the dosage of use.

When my plants were ±40 days old, I found something weird with them. They were fresh in the morning but became wilt after the sun was raising up. I guessed they were threatened by fungal pathogens. Especially in the rainy season, the fungal and bacterial pathogens grows rapidly due to high of humidity. Most of them are soil-borne disease pathogens which can contagious by rain and bugs. Because of pepper most potentially threatened by fungal disease, then I applied commercial antagonistic fungi called Tricoderma sp. into the soil. I bought them via Tokopedia btw 😀

Commonly, the wilt on Capsicum family was caused by fungal pathogens known Fusarium sp. The fungus grows trough root system into the plant and inhibits water and nutriens circulation, so that the leaves become wilt. The application of Tricoderma hopefully can prevent sympton going worse. Tricoderma sp. has antagonistic activity with the Fusarium sp. and not cause the disease to the plant.

In other hand, my plants near banana trees are 90% died. I thought it caused by severe fusarium wilt. But after pulled out the died one, I got my plant had no root. Then I realize something that it should caused by pest. When I dug the soil, I found little big white larva called ‘Engkuk’. This is Lepidiota stigma (known as beetle) larva. They actually eat the organic materials in the soil, but if they meet the life roots, they will eat it too as a fresh (delicious) food source. They eat all of root (including grass or weeds) not only pepper.

After that, I figured out the other bugs/pest/insect that maybe threatened the plants. I found so many ‘keluwing’  or better known as red Milipedes (Spirostreptus sp.), but all plants do not show any sympton of disease. So I looked for information about this milipedes. I found the article said that Spirostreptus only eat died organic material compounds. Their activities help us breaking the organic materials down in the soil. Besides, unlike centipedes, they are not venomous and are predominantly considered to be non-poisonous. However, there are some millipede species that produce irritating fluids from glands located on the side of their body.

Now, the task is monitoring while waiting them to get red. Ensure they will be okay if threatened by pest and disease with integrated controlling method (manual/mechanic control or using bio-pesticide/fungicide if the symptom doesn’t force us to use chemical pesticide). 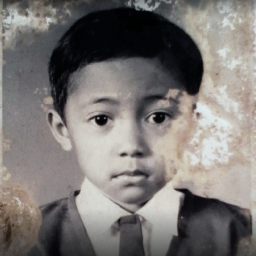